You are here: Home / President Trump Announces Presidential Delegation to Monrovia to Attend the Presidential Inauguration of His Excellency George Weah, President-elect of the Republic of Liberia 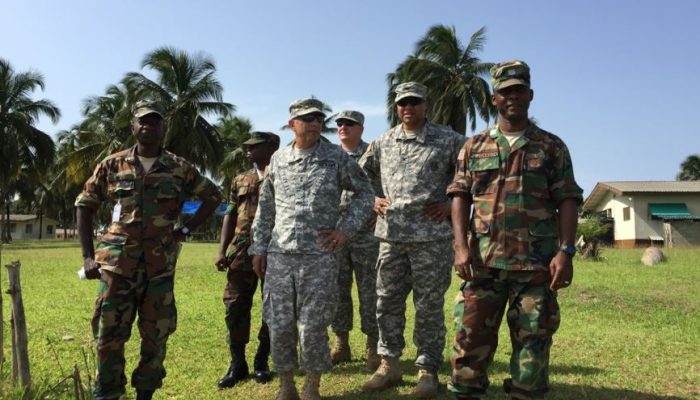 You can see more photos at a higher resolution on our Flickr site.

The United States is proud to celebrate with the people of Liberia as they mark the country’s first peaceful transfer of power from one democratically elected head of state to another in decades, a major milestone for Liberia’s democracy and for Africa. This Presidential Delegation shall proceed as planned given the importance of our partnership with Africa and our commitment to its continued growth and success.

The Honorable Thomas A. Shannon, Jr., Under Secretary for Political Affairs, U.S. Department of State,will lead the delegation.

Members of the Presidential Delegation:

The Honorable Christine A. Elder, United States Ambassador to the Republic of Liberia

Office of the Press Secretary

Check out the Fort Custer Solar Array Website. You will be able to view the data readings of the solar farm, its project information and learn how it works!

Please fill out the DD2536 form for all community event requests. Fill out the DD2535 form if your request requires any aviation assets. Submit the completed DD2535 and DD2536 forms to ng.mi.miarng.list.pao@mail.mil. A notice of 30 days is required on all requests and they are approved in the order they are received.

Please fill out the Public Affairs Support Form and submit to ng.mi.miarng.list.pao@mail.mil. We will reach out to you regarding your request.

For news and events from Northern Strike 2017, visit ns.minationalguard.com.